I feel as though I’m cheating in writing this post because (due to life) I was not able to reread all of these faerie stories before writing this post. Disclaimer: I apologize, and will be writing based on memories of (re)reading these books. (Also on the occasionally accurate internet.)

So! O. R. Melling’s Chronicles of Faerie consists of four books wherein girls (teen/pre-teen) meet (i.e. have trouble with and sometimes set out to defeat) various faerie folk. Each story revolves around one central character, and in the last story all the main characters meet.

I liked these books and you might like them too, but my actual point in writing is to highlight (not that these are fun and interesting stories with humans and faeries, although this is true) the back-and-forth between Ireland, home of the faeries and faerie stories from which these books are drawn, and Canada.

(Yesssss! Canadian content! Which makes sense since the author was raised in Canada and lived here many years, but even so – it’s nice to see my country represented.)

The four books are The Hunter’s Moon, The Summer King, The Light-Bearer’s Daughter, and The Book of Dreams. 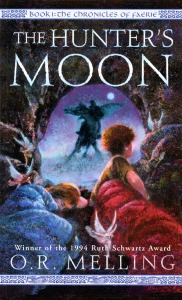 Gwen is the protagonist of The Hunter’s Moon. She is a Canadian visiting her cousin in Ireland. The two girls had always wanted to find Faerie, and they do. Not quite the way they expected, though; Gwen sets out to rescue her cousin from the Faerie King, meets a human king and a few other people along the way. After the summer Gwen returns to Canada.

So we’ve got a Canadian girl with Irish ancestry who visits the Old Country for a summer, gets her wildest dreams come true (with a dose of reality), and in the end, returns to Canada with strengthened and enduring ties to Ireland. (Gwen and her cousin are tight; Gwen has an Irish boyfriend. Sorry for spoilers.) 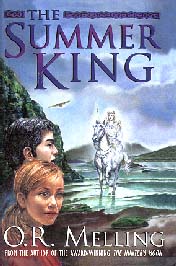 In The Summer King, Laurel is grieving the death of her twin sister, Honor (Honour? I would love to say that her name is spelled correctly, i.e. with a u but there is no telling to what extent American spelling has permeated the Canadian market). Laurel and Honour are Irish (yeah I’m going with Honour-with-a-u because my fingers actually won’t type it the other way) (Honour-with-an-u?) (Oh goodness) and the setting is Ireland and Faerie. Honour had believed in Faerie; Laurel doesn’t, but knows there was something wrong with her sister’s death. Lots of mischievous faeries in this book.

End result: we’ve got an Irish girl who stays in Ireland. 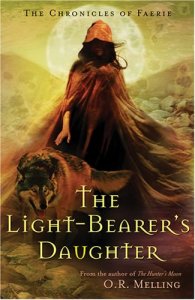 The Light-Bearer’s Daughter is about Dana, who runs away when her father announces that they are moving to Canada. (There is more to Dana’s decision than that – an impending stepmother, the threatened felling of ancient trees, eg., but the whole leaving Ireland thing does not go over well.) After adventures in Faerie she returns home; ultimately, she moves.

End result: we’ve got an Irish girl who moves to Canada.

And somewhere between The Hunter’s Moon and The Book of Dreams, Gwen’s cousin and her partner, the ex-Faerie King, leave Ireland and become something of global nomads. So we’ve also got another Irish girl who leaves Ireland, and a(n Irish)-ex-faerie who leaves Ireland. 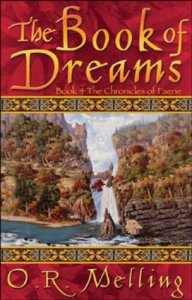 The Book of Dreams is the most explicitly Canadian of the four books. In the others, Canada isn’t a large factor; Gwen could, with a few edits, have been made to come from Australia or the USA, for example. In The Book of Dreams, Dana and her friends discover that Canada is not a blank space devoid of Faerie; they meet Canadian immigrant faeries and distinctly Canadian beings, such as a loup-garou (who is kinda an important character). To be horribly honest it has been so long since I was able to get my hands on this book that I can’t remember all the faeries Dana, Gwen, and Laurel meet; I don’t remember how First Nations mythology was presented (but I think there was some? It was years ago, I’m so sorry) and that is definitely something to look for the next time I reread the series…

But I just wanted to highlight the ebb and flow between countries. It is So Cool that Melling addressed faeries as immigrants, and the tension between former emigrants and the people who never left. It is super cool that she integrated uniquely Canadian takes on certain beings. The Book of Dreams is the longest and most complex of the series, and brings together almost all of the significant characters in the first three, meaning you get to see them interact again and how their relationships have changed and also see them forming relationships with new people who have (sort of) similar experiences (because honestly how many other people do you think they have EVER met who have dealt with faeries? even if their dealings were very different this is still a huge deal for them). And the fluidity in the relationships between character and country – it isn’t all ‘I belong here‘ or ‘now I belong there‘ but a belonging in both which changes as the character does.