I’m a Pakistani-American Muslim who was born and raised in Maryland, and enjoy sharing and writing about my culture and religion. I’ve also written about a bunch of other topics, from spies to space travel, that take me out of my reality and on adventures. While not quite as thrilling, I’ve had a few adventures of my own, managed to get to some pretty fantastic places on our planet, and met incredible people. I’m slightly obsessed with Spain, ceramic tiles and pottery, food, flamenco, and good coffee. When I’m not cooking up a story, I’m often actually cooking food or baking treats. I also spend time writing and editing for international organizations that work to improve the health and lives of people around the world. (more) 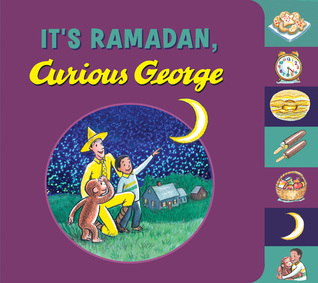 First of all, Assalam wa alaikum and Ramadan Mubarak.

Walaikum asalaam, and Ramadan Mubarak to you!

1.    I agree that in this political climate, understanding and respecting different religions is extremely important. The problem is that most people read what mainstream media tells them about Islam and accept that as fact. Have you personally faced opposition in your attempt, with these books, to give a more accurate representation of what Islam is?

Fortunately, I haven’t faced too much opposition to my books. I did hear of a couple incidents where there was some pushback to Golden Domes and Silver Lanterns. The first was an internet troll who was harassing Kate Messner, a prominent children’s author who had tweeted an image of the book cover with a message about how it portrayed the “real” Islam. Their exchange got some attention, a bunch of librarians jumped in to support her and the book, and School Library Journal actually interviewed her about it. The second unfortunate incident was in Marietta, Georgia, where a man flipped out because his kindergartener purchased Golden Domes at her school book fair with her mother and brought it home. He made a big deal about trying to return it, said a bunch of ignorant things, and threatened to go the school board to protest it. The book fair organizers pointed out to him that other religions were represented and showed him books on display about Christmas and Hannukah and warned me of his reaction, which they insisted was not representative of their school community. The media picked up his story, including Fox News Atlanta; they didn’t bother to interview the school book fair officials or anyone other than him so it was really just an absurd story of one man’s bigotry. But a positive outcome was the outpouring of support my book got from people who rejected his attitude. And sales actually spiked as a result of the extra attention for a while.

2.    What do you think is the most common misconception people have about Ramadan?

In my personal experience, at least among children, a common misperception is that Muslims don’t eat for 30 days, or that to do so is the objective of the month! I think it has to do with people commonly saying that “Muslims fast during the month of Ramadan” rather than explaining that “Muslims fast from sunrise to sunset during Ramadan, a month in the Islamic calendar.” I don’t know of too many other misperceptions, but rather just a lack of understanding about Ramadan in general. To that end (not to sound too self-promoting!) I really think that sometimes a simple story like Night of the Moon, my first picture book about Ramadan, can help. I’ve had several teachers and adults confide in me that they learned more about Ramadan from my book than anything else they had been taught or heard. One of my neighbors went so far as to say that he thought it should be required reading in school! The nice thing about picture books is that kids read them, librarians and teachers read them, and parents read them. So you reach a lot of people that way.

3.    What is your most treasured memory of Ramadan?

I think my favorite memories of Ramadan are being built with my children and experiencing it with them. Milestones like my sons keeping their first fasts, or my older son keeping all of his fasts for the first time, are so special. It makes me happy to see that they both have pride in their faith, that they look forward to this time of year, and that Eid is a big deal to them. I think that having grown up in America, my husband and I are eager for our children to feel that their Muslim holidays and traditions are as important as any other.

Most of my queries come from children, who I find are generally open to accepting of the idea. I do a lot of school visits and I have yet to hear a negative comment from anyone about the practice of fasting. But I don’t go into the religious significance or benefits of fasting in my books or my conversations. Instead I offer very general explanations, like when Yasmeen asks her mother in Night of the Moon if “fasting is hard.” Her mother replies, “It can be hard sometimes, but I don’t mind. Fasting helps me remember to be grateful for the food I have, and to be more patient.” This touches on the reasons we fast in a way that a child can grasp and I often see children nodding in the audience as I read the book to them. I also think your question reinforces the idea of introducing early religious literacy to kids, and making sure that they both understand and respect people’s traditions so they can be tolerant.

5.    Is there any one dish or food that you eat only during Ramadan?

Every Ramadan we feast on dates, which I absolutely love! And every year we think, “we really should eat these year round.” But as the months go by, we tend to forget to buy them, or just don’t have loads of them at home like during Ramadan. We also make fruit salad every night for iftaar, which we call “chaat” in Urdu. We add a variety of fruits and berries and add orange juice, salt and pepper to it and it is so refreshing after fasting. Like dates, this isn’t reserved for Ramadan alone, but it tends to be something we eat a lot of during the month—along with all kinds of other food