Climbing the Date Palm is the second book in the Mangoverse series (The Second Mango is the first – you might want to start there) buuuut this one fits better with this month’s theme of the immigrant experience, although even that is a stretch. *beams sheepishly* 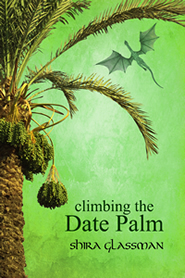 Prince Kaveh, the youngest son of the king of the City of Red Clay, is bisexual, and is completely besotted with Farzin, the engineer his father hired to oversee the improvements to the city’s roads and bridges. However, the king doesn’t share his positive feelings. After Farzin ends up at the head of the protest that ensues when the workers are only paid a third of their promised wages, he’s thrown in prison and is scheduled to be executed.

Queen Shulamit, who rules over the neighboring nation of Perach, is eager to assist the desperate prince. She, too, loves justice and has a same-sex partner. She’s also hoping Kaveh, with his royal blood, is willing to give her and her sweetheart a legitimate heir in exchange. But can she find a peaceful solution that will pacify the king next door, get his workers fairly paid, and free Farzin, or will she and her dragon-riding bodyguard Rivka have to go to war?

“Please live.” Farzin’s lips were moving but they barely made a sound. “I’d be so sad if you didn’t.”

“How can you still joke?” [Kaveh asked.] 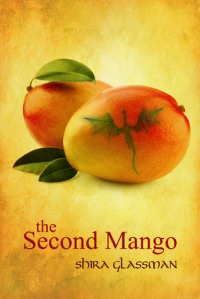 2 responses to “Review: Climbing the Date Palm by Shira Glassman”