When it comes to reading, most kids tend know what they like, and they’re often happy to keep on reading what they like. This usually works out well, until the day comes when a child finishes the last book in a favourite series. Some kids react to this with aplomb, and are perfectly happy to reread the same books over and over again, or to move on to another series. For other children, though, change can be a far more unsettling experience.

Child: “I just finished ‘I Really Like Slop!’, and it was awesome! Can I have the next Elephant & Piggie book, Miss Jane?”

Me: “You’ve read all the Elephant & Piggie books there are right now right now. Maybe you’d like to try a different book instead?”

This is when the gears in a librarian’s brain shift into over-dive, rapidly searching the memory files for any read-alikes with which to tempt the young reader.

Should you ever be faced with a devoted Elephant & Piggie fan facing the end of the series, here are a few titles that might help tide them over until the next book is released (which will unfortunately be the last book in the series – good luck telling kids and their grown-ups that, though).

These stories for emergent readers share a lot in common with Elephant & Piggie – they use simple text and often include speech bubbles which make it easier for readers to follow along and determine who’s saying what, they feature bold, cartoony illustrations, they  star mismatched, “Odd Couple”-like friendship pairs, and they display an endearingly zany sense of humour. Like E&P these stories also work beautifully as pair reading exercises, and kids often enjoy putting on different voices to play the parts of the different characters, which is pretty wonderful to observe. 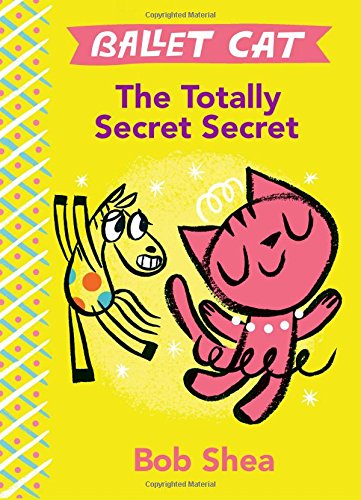 Tutu-wearing Ballet Cat and her friends Sparkles the Pony and Butter Bear dance their way through this wacky series of early readers that will have kids (even those who turn up their nose at the word ‘ballet’) laughing along.  I will admit the cover art had me pretty skeptical at first (“Ballet Cat? Sparkle Pony? This is dancing dangerously close to ‘Rainbow Magic Fairy’ territory….”), but Bob Shea works his madcap magic once again to great comedic effect.

Hippo and Rabbit by Jeff Mack

Hippo and Rabbit are a mismatched pair – Hippo is quiet, shy and nervous, while Rabbit is outgoing, impulsive and curious. Each book in the series is divided into three short stories, perfect for readers who might be intimidated by longer texts, regardless of their actual difficulty level.

Rabbit and Robot by Cece Bell

This Geisel Honor title about a logical control-freak robot and his laid-back, easy-going rabbit buddy is a bit of a longer text for kids who are graduating out of Elephant and Piggie but still want something with a similar spirit.  It’s divided into easily-digested chapters, though, which help make it less intimidating for young readers.

What This Story Needs is a Pig in a Wig by Emma J. Virjan

What this story needs is a pig in a wig, on a boat in a moat with a frog, a dog, and a goat on a log…..This is a very silly story for fans of Elephant and Piggie or Dr. Seuss, who are looking for an accessible early reader with a great sense of humour and delightful illustrations. It’s perhaps the most different in style and format from Elephant and Piggie, but it does feature both a pig and an elephant, among many other animal characters!

Have I missed any great Elephant and Piggie read-alikes, or great books for emerging readers? Have you read any of these contenders? Let me know in the comments below!