Eliza Crewe always thought she’d be a lawyer, and even went so far as to complete law school. But as they say, you are what you eat, and considering the number of books Eliza has devoured since childhood, it was inevitable she’d end up in the literary world. She abandoned the lawyer-plan to instead become a librarian and now a writer.

While she’s been filling notebooks with random scenes for years, Eliza didn’t seriously commit to writing an entire novel until the spring of 2011, when she and her husband bought a house. With that house came a half-hour commute, during which Eliza decided she needed something to think about other than her road-rage. Is it any surprise she wrote a book about a blood-thirsty, people-eating monster?

Eliza has lived in Illinois, Edinburgh, and Las Vegas, and now lives in North Carolina with her husband, her hens, her angry, talking, stuffed dwarf giraffe, and a sweet, mute, pantomiming bear. She likes to partially-complete craft projects, free-range her hens, and take long walks. (source) 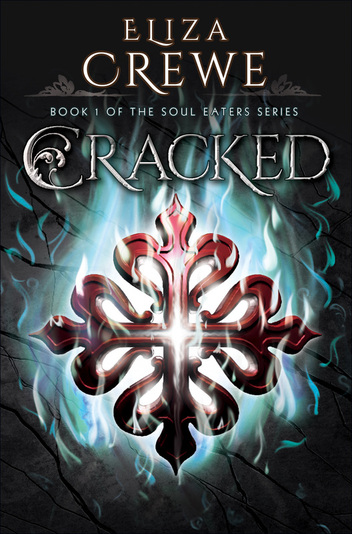 Definitely the characters come first for me. Usually I hear a bit of dialog or someone’s thoughts in my head and I draft a character around that, then later I decide which story to put them in, and how.

Not really. One of the massive benefits of being a small-time author is that I don’t have an editor or a PR team to worry about the mass appeal of my stories. I can–and do–write whatever I want. The benefit is that I get to write a character like Meda who can be a giant ass at times and I don’t have to worry about pulling any punches.

Thanks!  I do map them a little, in the sense that I plan out what type of character traits would complement my main character. For example, when I was planning a friend for Meda, I knew it had to be someone who wouldn’t take her crap, someone who pushed her, someone smart, who Meda could respect, but also someone who had a dark side, who could understand, at least to some extent, Meda’s darker impulses.  I needed someone a little bit broken.  Some readers have described Meda and Jo’s relationship as the real love story, and I think they’re absolutely correct.

A little bit of both. I start with a character, then I loosely plot a story around them, then I fill in that plot with scenes. I’ll usually hear a bit of dialog and then fit it into the plot where I think it makes the most sense.

Good question! When you have the answer, let me know J.

For me, time and perspective have been the cure. When I first started writing I had a lot of ups and downs with it, crises of confidence, etc. but then I had a daughter, some post-partum depression, lost my publisher, and had to balance a new baby, a full time job, and learning how to self-publish on the fly, plus some additional personal stuff.  Frankly, I ran out of energy for all that worthless emotion and just let it all go.

Hand’s down, my favorite is the writing. There is nothing better than getting gripped by a scene out of nowhere (for me it’s usually during my commute), then racing to your computer to get it down before it slips away.

I’m currently working on a story about a socially-awkward, morally ambiguous genius who wants to get into a super-powerful secret society (think 18thC Free Masons, secretly controlling the world-type society). His final test is to convince the most popular girl in school to hand over her father’s invention, and he blackmails another classmate into helping him do it. It’s sort of Hitch + Big Bang, except a bit darker.

Unfortunately, it’s about to be placed on hold, but for a very good reason. I’ve had another project in the works of the nine-month variety–baby number 2 is due in April, so I don’t think I’ll be doing a whole lot more than surviving for the rest of the year.  I hope to have this book released by next spring.

One response to “World of Word Craft: Eliza Crewe”