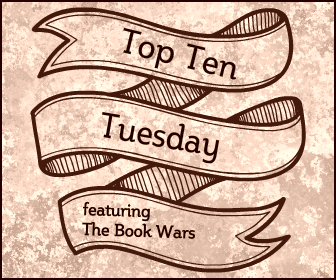 TTT is a meme by The Broke And The Bookish and we’re in for the ride. Join us in the comments! Let us know which of your faves you wish you’d talked about more often!

As a book blogger, I don’t generally have this problem. I don’t think any of do actually. Books we love will generally come up in conversation whether our friends, family, and you, dear readers, want them to or not. But still, in the spirit of the top ten, here’s a list of five.

Thing is, between the four of us, at least one of us bound to write about a book I couldn’t squeeze in …

This is not a happy list. I need to fix all these mistakes now.

2 responses to “TTT: Books I Really Love But Feel Like I Haven’t Talked About Enough”