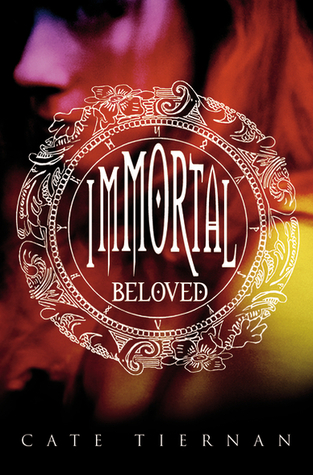 I have previously written a review for this book but this time around, I am going to specifically focus on the monstrous aspect of the main character, who, for the purpose of this story, is known as Nastasya or, more commonly, Nasty. We do know she has a different name, her ‘real’ name, though one would suppose that such is the nature of identity–it changes with every name change and each name a person is identified by is just as real as the original but that’s a bit complicated for the first paragraph so we’ll get into that discussion a bit later.

So this book is a favourite for many reasons and Nasty is an intriguing character for just as many reasons. The manner in which this book is written, that is, Nasty’s first person narrative is rather brash and irreverent–perhaps a bit too much for some readers–but to me, the way she narrates her story is just another way she finds to cope with her situation. A plus is that the Nasty’s views are often funny and balance out the admittedly heavier aspects of the story quite nicely.

As the title of the novel suggests, the protagonist is an immortal. Now, she’s not a vampire as some people seem to think but she is simply immortal. She can get sick, very sick, but she won’t die. Her limbs will regrow and well, the only way to kill an immortal is by emptying them of their magic and that’s a very esoteric process so immortals live forever. This doesn’t mean they stop aging–they don’t. They just age very slowly. That is to say, they age normally until they are sixteen years old and after that they stop aging normally.

Nasty is 449 years old when we meet her. She has been alive for a very long time and has fallen in with other immortals; among them  is Innocencio, Incy for short. They party, they do recreational drugs, sometimes dabble in magic and just live an eternal life of utter abandon. Nasty doesn’t realize how much she is abandoning until the night Incy breaks their cab-driver’s spine and she, rather than kick up a fuss, decides to simply walk away from the cab-driver without even calling the ambulance. It is this straw that proverbially breaks the camel’s back.

She wakes up in the morning and is sick with guilt and self-loathing. The incident brings home to her in the coldest starkest terms how much she has sunk and listening to intuition and a survival instinct, she flees London and Incy, and ends up in West Lowing, Massachusetts, USA which is as far from the gilt and glamour of London as you can get and Nasty is counting on that. In the 1920s, she met an immortal woman called River who invited her to her place in West Lowing when her lifestyle became too much. So Nasty has taken River up on her invitation about 60 years later and shows up at what she finds out is a sort of rehab for immortals who have done or experienced things that they cannot handle and cannot get professional help for without ending up in an asylum for delusions of immortality. (Or under a microscope for scientists to study what makes them immortal.)

Nasty is very broken on the inside. As guilty as she feels for the cab-driver, she realizes that there are other, perhaps worse, things that she has been complicit about. She feels that no one could love her and though she covers up her insecurity and loneliness with brash behaviour and intentionally-shocking words, the reader is able to see her vulnerable side. It has been 449 years since her entire family was brutally murdered in front of her and there are some things time does not dull. She has never recovered from that brutality.

Unlike other books that deal with immortality and gloss over the years prior to the period that the story takes place, in Immortal Beloved, there is a very definite sense of time that has passed, that is passing, and that will pass. The immortals at River’s Edge (the rehab for immortals owned by River) strive to come to peace with their immortality. But the narrative is sprinkled with allusions or direct mentions to famines, raids, wars, revolutions etc., that these people have participated or been involved in. They are living moments of history.

While Nasty acts like an adolescent and in fact actively encourages people to underestimate her, she is not the adolescent she looks like. She has been a daughter, a wife, even a mother and these experiences have all left indelible changes in her. But time, especially when it will never run out, does exact its revenge. As River says to Nasty:

“Because of the relative lengths of our lives, so many things lose importance or become lost themselves, against such a huge backdrop. How many lovers have you had? How many children? How many friends have you loved who are dead now? For regular people, these events are tremendous and shape or change their entire lives. For us, it’s just a wink in time. But they do affect us. Little by little, bit by bit, loss by loss, we ourselves become diminished. We’ve lost so much for so long that most things, most people, most experiences, lose their value for us, their weight. We forget how to value things, how to feel things. We forget how to love.”

For Nasty, in particular, it is not that she forgets how to love, it is that she refuses to. Knowing that human lovers are going to die eventually and immortal lovers mean an eternity of awkwardness once the breakup happens, she keeps her distance. For the same reason she avoids human friends. At River’s edge where the immortals do everything themselves whether it be growing food or collecting eggs from chickens, Nasty re-learns the meaning of being alive and living. Among people who are all dealing with their own demons, she reluctantly gains some comfort from reducing luxury and living almost ascetically.

She learns to do a new sort of magic where she doesn’t have to steal magic or the spirit from nearby living things to make magic. And she learns to live with her guilt.

Also, there is the romance. A particularly taciturn “Viking God” who has a lot more history with Nasty than she ever suspects but that is a spoiler and you should find out for yourselves.

Immortal Beloved is one of those YA novels that uses the medium to tell a story that has far more depth than one would judge it to have. It tells a far more complex tale of human resilience and growth than I thought it would. I enjoyed this Monster Girl immensely and would recommend it to anyone who wants something funny and compelling. I hear the audio book narrator is amazing.

“Now he was kissing me, not in a scary way, not with hostility, but with warm, seductive intent. In a hayloft, in the barn, in the middle of the night. This scene brought to you by the letters W, T, and F.”