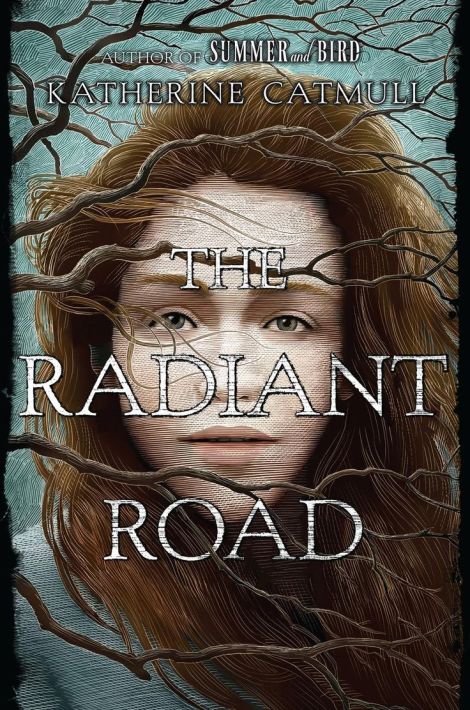 The Radiant Road is about Clare.

When Clare’s mother died, Clare’s dad couldn’t handle his grief and packed himself and his daughter up away from Ireland to the wilderness that is the United States of America. There Clare Macleod and her dad drifted from one place to another until they reach Texas and her dad decides at long last that it is time to go home. I don’t blame him–Texas would make anyone want to go home. (Just kidding, don’t hate me.) So Clare and her dad repack themselves and return to Ireland to the house Clare and her mother and her mother’s mother and probably her mother too were all born in.

And this house is the major reason I liked this book. The house is…well…

(Picture is from The Hobbit movie)

except with just one window and a rounder hill. And Clare’s space?

“Look up,” said her father, smiling into the box he was slicing open.

Clare looked up and saw rocky dome, quartz stars–and something she hadn’t noticed before: a platform of pale, rough planks, built high against the wall where the tree grew, the wall that faced the ocean. A ladder led up through a hole in the platform.

“Your room,” said her father.”

“Clare slung on her backpack and climbed the ladder’s smooth-worn rungs.

She found herself standing on bare, broad planks, muck closer to the starry, in-curving roof; and yet it felt all air and space, clean and cool. One side of the platform hugged the curving walls of the dome, and the other curved out into the air, so that the floor was shaped like a wide-open eye or the deck of a ship. Where the platform jutted into space was a half wall, up to her chest.

Clare walked around the room trailing a hand to touch each object. The yew trunk sprouted a few leafy twigs here, making it even more like a tree house. A single bed with a giant pillow and a thick sky-coloured comforter pushed its head against the tree. Beside it sat a small blue table with one drawer and one lamp.

My mother’s bed, when she was my age, thought Clare. She lay on it carefully, and found herself looking at a blue sky through a hole made of stones. Her room faced the window, which looked out to a green pasture; and the green and the sky looked in.

I want to move into Clare’s house and never leave.

Clare meets a strange boy (these boys I tell you, they have a knack for being strange though this one is stranger than most) when she’s walking around (and it’s a great scene when she does). With some prompting from the boy she remembers that she knows him and has known him ever since she was but a babe. And um, his name is…Finn. Well, it is Ireland and I suppose Irish boys are all called Finn. This Finn is half fae and half human and his existence is attached to a prophecy or hm the other around concerning a very noxious villain and other fae creatures. So drama.

The Radiant Road is full of the mysterious and the strange and is almost more a folklore that should be told in front of campfires than be restrained by the pages of a book. Tree-spirits and true dreaming walk hand in hand with a villain who has entirely too much power and destruction on his mind. The pace, mind you, is a bit too fast and I would have much rather lingered in the house than gone on a mad spree down the radiant road but I guess I’m a homey sort.

Finn didn’t win many points from me though I did like Clare and her feisty nature. The worldbuilding was also wondrous and when deconstructed the novel has a lot of elements that should make it a success with its readers. I wouldn’t categorize the book as a middlegrade read however as I feel like it straddles the genre-fence and can fall quite easily on either side depending on how persuasive the rhetoric is. The Radiant Road is, at its heart, a fairytale involving actual fairies. The novel is about confronting your own fears and coming to terms with your self. Did I enjoy it? I mostly did. I felt the narrative faltered a bit in the latter part of the novel but it persevered and marched on to a grand conclusion.

This is a quirky novel that will be enjoyed by readers who particularly enjoy setting. The fae mythology is incorporated into the novel in quite interesting ways. The Radiant Road combines that elusive sense of childhood exploration with the drama of growing up in a beautifully quirky way that I enjoyed.

5 responses to “Review: The Radiant Road by Katherine Catmull”