I suppose the term “Monster Girls” covers quite a few characters who are already present in the YA Fantasy genre–Lady Fire, Skybright, and Kira off the top of my head– but in this post, I want to talk about the ones that blur the lines between heroism and villainy, girls who (for better or for worse) allow the darkness within themselves to fuel their actions.

Of course, they would also have to be, like my examples were, partly inhuman / monstrous / demonic / otherworldly / fey–take your pick; doesn’t matter what you picked, I probably already like them. I can’t help it. I like them so much, I pushed for March’s theme to be all about Monster Girls. And since I am an impatient child, I am going go ahead and talk about them now. Basically, I’m going to talk about these particular characters now, so that in March next year, I can bring a whole new collection of characters for your reading pleasure. And hopefully, I can explain along the way, why these particular characters interest me so:

Okiku from The Girl from the Well by Rin Chupeco 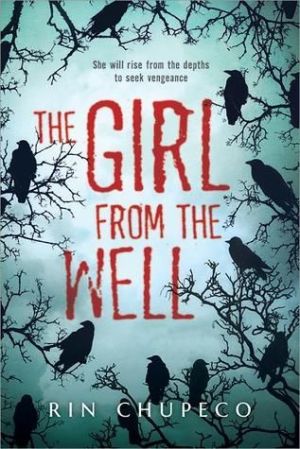 Adelina Amouteru from The Young Elites by Marie Lu

Nimona from Nimona by Noelle Stevenson

And I will stop here with my rambling. Essentially, Monster Girls = YA fantasy’s rebel girls. (And when I say, rebel, I clearly mean it like … *points to the post*) Here’s hoping I get to read more complicated female characters like these in 2016! Let me know in the comments if there are any Monster Girls you loved reading!