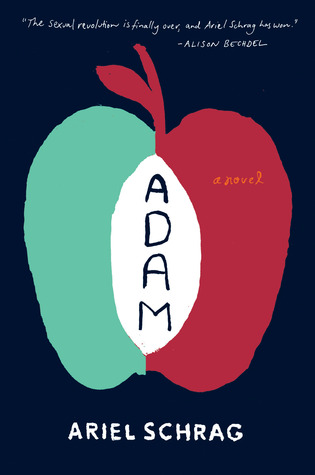 NOTE: Thanks to Adrianna from Houghton Mifflin Harcourt for providing me with an e-galley when the universe decided to take the hardcopy to that place where all missing socks live. Also, thanks to Chris for his excellent review of David Levithan’s body of works. He is pretty much the reason why Adrianna contacted us in the first place.

The story goes like this: boy is a total dweeb, boy is embarrassed out of a trip with friends because he is single, boy moves to New York for the summer to stay with his sister and her friends, boy falls for a girl … it remains to be seen whether girl has really fallen for him, given that he lies to her about being trans.

After weeks of reading YA fantasy books, my brain had a moment of crisis as I started reading this book. Almost immediately it is explicitly sexual and Adam and his circle of friends are exceedingly annoying. But I am of the strong opinion that how annoying you find the characters is not reason enough to dislike a book, nor is it a particularly good reason for why you didn’t enjoy a book. Arguably, Adam is a book that you are not meant to enjoy. It is a book that is meant to shock and refresh like a splash of cold water to the face. It is a book that makes you appreciate the cleverness of Ariel Schrag. It is a book that makes you appreciate how a sexist, transphobic, casually racist teenager is taken on a challenging journey when, as Bitch Magazine put it, “To be manly he has to not be manly, because not being traditionally manly is what being a man is all about.” The thing about Adam’s voice is that it reminds me of all the ugly parts of school and high school that were either blatantly homophobic or homophobic without my knowing. It is even more sobering than embarrassing when Adam says or think something that I am certain I had said or thought as well. Something stupid. *sigh* The book is, as I imagine some fiction ought to be, a grimy mirror for an equally grimy reality.

Anyway, at some point during his elaborate ruse, Adam declares that he knew more or less everything there was to know about trans people. However, prior to falling in “love” with Gillian (a redhead he has fantasized about meeting so much that she is almost a Manic Pixie Dream Girl– until we find out that she actually suffers from depression) Adam is curious about trans people in a way that reveals his lack of compassion and his predilection to judge. Casey, his sister, is a lesbian (though she identifies as “queer” for some of the book) who is immersed in Brooklyn’s trans and queer scene and becomes a sort of teacher figure for her little brother, spouting bits of queer feminist theory at him in outraged tones. Later, when he does meet the redhead of his dreams, Adam inadvertently lies to Gillian about being trans and thus forces himself to a. conceal this lie from his sister and her group of friends, most of whom identify as trans and b. research stuff for the sake of his relationship with Gillian.

It is nice to watch as unbelievably-rude-and-inappropriate-Adam makes the journey to become slightly-more-empathetic-but-still-kinda-inappropriate Adam. Baby steps, you know. It is, however, kind of annoying that the two main female characters in the book are a. not trans and b. Adam’s personal teaching tools (whether they intend to be or not). It is also disappointing to me that a book that focuses so much on gender identity is narrated by a white, straight, cisgendered teenaged boy. (Arguably, this may be because the book itself is aimed at a straight, cisgendered audience.) The characters of colour are supporting cast at best, and at worst they are noted by their lack of presence, for instance, when Adam goes to attend a rally with Casey and co. Also, although the book does not seem to worry itself about issues of forgiveness, I personally found it hard to read the last few chapters simply because I couldn’t stand the lie that Adam had weaved no matter how “good” he thought his intentions were.

The issue of audience does, however, complicate my perceptions of the book and its eponymous protagonist. It’s a book that is heavy on queer theory but is given the POV of a straight guy. Adam basically has to force himself to be a better person, and I suppose in a way, that’s what we all did once or are (perpetually) in the process of doing. I would say it is a YA book for adults (given the explicit sex and fetish scenes and the infuriating slurs), but I have to wonder if it would do much better in the hands of a seventeen year old (like Adam himself is) since the book reads to me more like a teaching tool and less like a novel? (Just a consideration not a suggestion.) It is very interesting in that sense because it does not teach in a heavy-handed, “this-is-politically-correct-and-this-is-not” way. Instead, it allows Adam and his feeling of being watched/judged by others around him to make readers think for themselves.

I feel like the resolution of the novel- Adam’s relationship with Gillian and his treatment of one of his roommates, Ethan- could have been better. It felt a bit rushed and, honestly, maybe I am used to the (over?)reactions of characters in a typical YA novel, but the last couple chapters were very emotionally dull to read. In the end, I feel like Adam wasn’t for me, but that doesn’t mean (should the subject matter interest you) you shouldn’t pick it up and try it for yourself. Despite my reservations, I think it’s exciting and important that there is a book like this out there.