It is rare that any book reduces me to incoherent fangirl-ishness, but Rachel Hartman’s Amy Unbounded: Belondweg Blossoming does, most thoroughly, and I had to get that out of my system before proceeding. 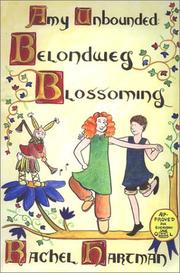 Amy Unbounded: Belondweg Blossoming is the collected issues (7-12) of Amy Unbounded. Each chapter has its own plot and forms part of the arc of this collection. The adventures contained therein take place over one summer: the summer in which Amy Ardhouse of Eddybrook farm and her (possible) best friend, Bran Ducanahan of Newgrove farm, turn ten. The setting is Goredd, some years before Seraphina (? one of the characters was eight years old when the knights were banished, and he is in his mid-twenties to mid-thirties in Amy), and approximately one thousand years after Belondweg and Pau-Henoa won Belondweg’s realm back from the Mordondey, and consolidated the kingdom of Goredd from various small principalities.

Mythology in the form of the Goreddi national epic, Belondweg, and everyday life intertwine as Amy’s parents (the barbarian Nahulla and the weaver Bob) face guild difficulties; Bran’s sister Niesta and her twin, the priest Niall, continue to deal with their eldest brother’s casual cruelty; “Mr. Ollpheist” conducts scholarly and not-so-scholarly investigations into Goreddi life; the merchant Pearl-Agnes Fortellga is forced to choose between two unjust fates; and Amy herself begins to enter into the complexities and absurdities of the adult world.

The Amy comics were written before Seraphina was, so a number of the details have changed. In Amy, dragons are allowed to take their normal shape at court. The dragon Lalo doesn’t have difficulty passing, and has a wide range of emotions. A few of the saints were different (I think… it’s hard to keep track after a while!), and Dame Okra Carmine mentions “her youngest [son],” which, although not directly contradicted in Seraphina, is certainly assumed to be impossible. Unless he was adopted, or a step-son. However, these do not detract from the story – and a number of subtle details remain (and remain largely implied rather than explicit, as they are in the novel): Lalo wears noticeable earrings, and his fellow dragons mysteriously know what he has been up to; Goreddi and dragon laws against human-dragon marriage (and the dragon horror of falling in love); Dame Okra Carmine’s reliable stomach. For a start.

The artwork and the text work together beautifully to create nuance as well as overt meaning, and (most often) both, depending on what the situation calls for. One complaint I have against many comics is the limited facial expressions given to each character, and the limited range of emotions, but there was no such predictability here. Even within the text, characters have different interpretations of each other, creating a rich whole for readers to synthesize and delight in. The illustrations are black-and-white – we know that Amy has red hair solely because of the cover – yet the scenes are so alive with character and humour that colour would be superfluous; it didn’t register in my brain that there wasn’t colour the first read through. With one exception (and that exception begins with a Goreddi folk song – I wonder if anyone has written music to fit the words?), each chapter begins with a passage from Belondweg which relates to what is about to transpire in Amy’s life. I begin to wish that Rachel Hartman would write Belondweg in its entirety. The snippets we get, both here and over Amy’s shoulder as she reads the Goreddi national epic, are gorgeous.

And now for the bad news… Rachel Hartman has stated that she will not write more Amy Unbounded stories; the copies remaining of Amy Unbounded: Belondweg Blossoming are limited; and I have been unable to acquire the earlier six mini-comics, which are not collected. However, there is hope that, eventually, the first six (and possibly Amy Unbounded: Belondweg Blossoming) may be collected and reprinted. Maybe. I hope. It would be fantastic if this happened, so if Rachel Hartman, or her agent, or her editor, ever happen to read this, hint hint. I am far from the only fan who would love to get her hands on these earlier Goreddi adventures.

Speaking of which, there are a few early comics set in Goredd (as well as one in our modern world, albeit our modern world with Hektor, prince of Troy, wandering around) by Rachel Hartman that are available to read online. Hartman has (had?) an account on Girlamatic, entitled “The Return of the Mad Bun.” The comics there are primarily about Pau-Henoa, the trickster rabbit of Goreddi mythology and Belondweg’s companion, alias Hen-Wee, alias the Mad Bun. My favourite tale there is one half-mentioned in Amy Unbounded: Belondweg Blossoming, and also cited in Hartman’s description of why she cannot write more of Amy Unbounded – the story of Pedroolia. It is simple and deep and beautiful. (The website doesn’t always cooperate, so if you can’t get any more of the story by clicking “next,” click on the hyperlink at the bottom of the page (“The Return of the Mad Bun”), which will take you to a page where you can see all the pages of each comic in miniature and click on them to make larger. It’s a bit time-consuming, working this way, but once you do this you can click on “next” until you finish that particular comic. And they’re worth it. Pedroolia is, anyway.* “Ellen of Troy” is pretty neat, too. 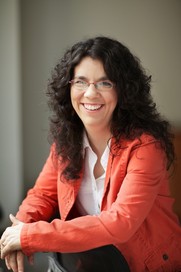 * Also, there is one drawing of Pau-Henoa in “Merry Pedroolia” that reminds me strongly of Eugenides, Thief of Eddis and King of Attolia. If you haven’t read The Thief and sequels by Megan Whalen Turner, you’re in for a treat. Also, I think Rachel Hartman and Megan Whalen Turner should meet and write something together. Anything. A short story. A song. Graphic novels. Imagine how breath-takingly intricate the world, how unfathomably deep the characters, how delightfully tricky (or trickster-y) the writing would be!