Disclaimer: this brief history will focus on English-speaking Canadian picturebooks. The French-speaking publishing history is quite interesting and has done some very innovative things; but that is for another post.

Further disclaimer: this history will speak in broad terms; please understand that there are exceptions to almost everything, nor am I an expert in this field. This post is merely intended to convey an impression of the sweep of the history of children’s literature in Canada, and to pique further interest.

Canadian literature overall gradually developed a sense of unique Canadian identity, which blossomed around 1867 (when Canada became a country). The landscape and the endurance of the people who lived in it was often featured; poets such as Archibald Lampman lauded Canada’s natural and untamed, sometimes deadly beauty.However, Canadian identity was often a colonial identity, primarily as part of the British Empire, but later, the next-door neighbour of the United States.

Typically, English-speaking Canadian authors and illustrators (typically) submitted their work to British or American publishing houses. In the 1960s Canadian children’s literature publishing houses were established. Unsurprisingly, these new houses were very small. Roughly 50 Canadian children’s literature books were published a year, compared with the British and American 3000 each.

In the 1970s the Canadian children’s publishing publishing industry grew, as did multiple perspectives. In the late 70s questions of cultural appropriation arose and began – slowly – to be debated.

Names to know: Shizuge Takashima wrote A Child in Prison Camp, which was the first book in Canada for children about the children’s experience in the Japanese internment camps in Canada during the second world war. William Kurelek wrote and illustrated A Prairie Boy’s Winter, among other works. Ann Blades, a teacher of Mennonite children, taught herself to paint. She wrote and illustrated Mary of Mile 18, which became an international bestseller. This was one of the first successful Canadian children’s books, despite – or perhaps because – of its strong sense of place and Canadian geography. Mile 18 is a real place in British Columbia, Canada. Meanwhile, author Janet Lunn and illustrator Gal Laszlo created a retelling of the fairy tale The Twelve Dancing Princesses. 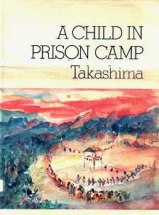 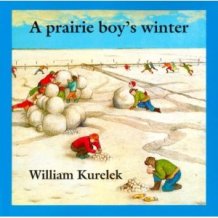 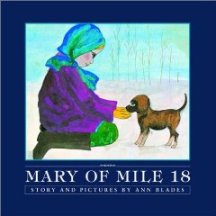 The 1980s brought new difficulties and new opportunities. Many of the picturebooks my generation grew up with camp from this decade from authors such as Robert Munsch (The Paper Bag Princess, Mortimer, Murmel Murmel, and many more), Paulette Bourgeois (the Franklin series), Marie-Louise Gay (the Stella series), Ian Wallace (Chin Chiang and the Dragon’s Dance), and Tim Wynne-Jones (the Zoom series). 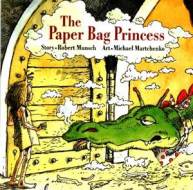 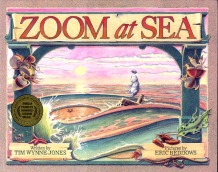 The 1990s saw children’s books written about local as well as international mythology and history, as well as many other topics.

Names to know: Phoebe Gilman is a well-known author-illustrator whose style is detailed and playful. Sheryl McFarland wrote Waiting for the Whales, which was illustrated by Ron Lightburn and tells the story of a granddaughter and her grandfather living on Canada’s west coast. The 90s also saw the publication of the provocative A Coyote Columbus Story, which was written by Thomas King and illustrated by W. K. Monkman. 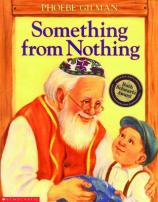 The 2000s came with more beautiful picturebooks illustrated by Wallace Edwards, and a new hit series: Melanie Watt’s Scaredy Squirrel. And since you’re reading this, you were alive and probably literate in the 2000s, and know as well as I do what children’s books were new.

Names to know: you tell me! What were your favourite picturebooks as a child? As an adult reading to children, whether they were your own or not?

For the curious and those who want to know more about the history of Canadian children’s literature publishing and of Canadian picturebooks, I recommend Picturing Canada by Gail Edwards and Judith Saltman.